Japan Suggested Ivermectin Be Allowed As Off-Label Use To Treat Covid. Check Out What Happened Next…

In August the head of the Tokyo Medical Association indicated the seemingly clear benefits of Ivermectin in combatting Covid transmission and illness should necessitate its off-label use for the disease. His statement came at a time when Japan’s Covid rates were skyrocketing weeks after a nationwide vaccine rollout was completed as well as its hosting of the Olympic Games (where everyone was fully vaccinated mind you). Corporate Media fact-checkers immediately initiated a campaign of discrediting the announcement, repeating over and over again how the Japanese government had not officially approved Ivermectin specifically for treating Covid. That was a blatant misrepresentation of what the Tokyo Medical Association suggested. That highly influential medical institution was seeking to grant physicians and their patients the option of using Ivermectin for off-label use which was then largely allowed and with remarkable results.

Now, for the rest of the story… (continues below) 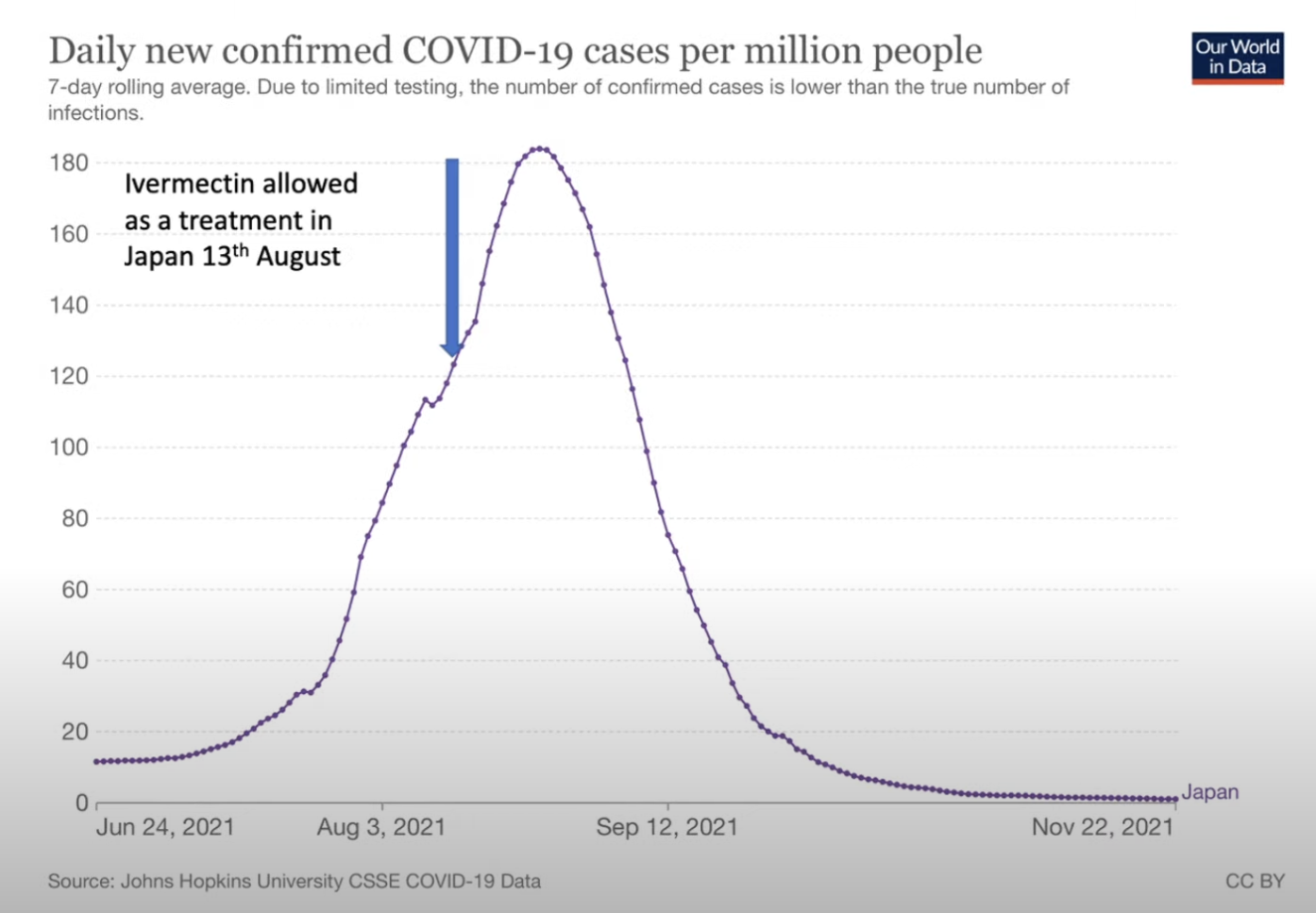 Covid has all but disappeared in Japan as both transmission and death rates plummeted within weeks following the Tokyo Medical Association’s declaration that Ivermectin be allowed to be given to patients via off-label use. Japanese citizens were also allowed to legally purchase it from India. This is the part of the story the corporate media (including the anti-American social media machines) have chosen to ignore because it blows up the narrative that vaccines are the only solution even as evidence that the vaccines don’t actually work continue to pile up.

Japan’s example is very similar to that in certain India provinces that went all-in on using Ivermectin to combat Covid as well. Cases and deaths plummeted within weeks of doing so.

A cheap, safe, and readily available treatment that could have saved so many lives and prevented the supposed need for lockdowns, closed businesses, and the ongoing and increasingly frightening growth of authoritarian government. You won’t find Japan’s remarkable success showing up on the front page of Google, YouTube, CNN, MSNBC, or Fox, etc. which means none of those organizations seemingly care about truth or saving lives but are instead complicit in something very dark and dangerous that is going on.

The truth is out there.