How Many Will Freeze To Death? Home Heating Bills Set To Increase By As Much As 54% This Winter

In less than a year the United States has gone from the world’s #1 energy producer and seller to now begging other nations to produce more so we can buy our energy from them. The Biden administration has initiated one disastrous energy policy after another including shutting down pipelines and natural gas exploration opportunities and with colder than normal winter now looming it will be the poor and fixed income elderly who are put in peril as they struggle to heat their homes.

It will cost Americans a lot more money to keep their homes heated this winter thanks to Joe Biden.

Inflation was up 5.4% year over year in September – the highest rate in 13 years!

Gas is up 25% under Joe Biden — the poor and middle class hurt the most.

The US government is expecting households to see their heating bills jump as experts forecast this winter to be colder than last winter.

With prices surging worldwide for heating oil, natural gas and other fuels, the U.S. government said Wednesday it expects households to see their heating bills jump as much as 54% compared to last winter.

The sharpest increases are likely for homes that use propane, which account for only 5% of U.S. households, but others are also likely to see big increases.

Homes that use natural gas, which make up nearly half of all U.S. households, may spend $746 this winter, 30% more than a year ago. That could make this winter’s heating bills the highest for them since the winter of 2008-2009. 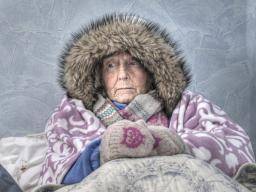