BREAKING: U.N. Warns “Entire Nations To Be Wiped Out” By Threat Of Global Warming”

To any and all who still froth at the mouth over claims that global warming/climate change is the most imminent and dire threat facing humanity you haven’t really been paying attention. You see, more than a generation ago the same exact claims were being made then as they are now. The “END IS NEAR” was set on high and then. . . nothing.

The world didn’t end. The oceans didn’t boil over. In fact, the earth’s atmospheric temperatures are slightly cooler now than they were more than thirty years ago. Ah, but the doomers and gloomers want to impose restrictions, raise taxes, and control your way of live using a created crisis as justification for doing so.

WAKE UP. And if you’re too lazy to wake up then at least do everyone else a favor and SHUT UP because it isn’t global warming/climate change that is our greatest threat but ongoing ignorance that has allowed a minority of elitist manipulators to control everyone else through a 24/7 mass media of lies and deceptions. 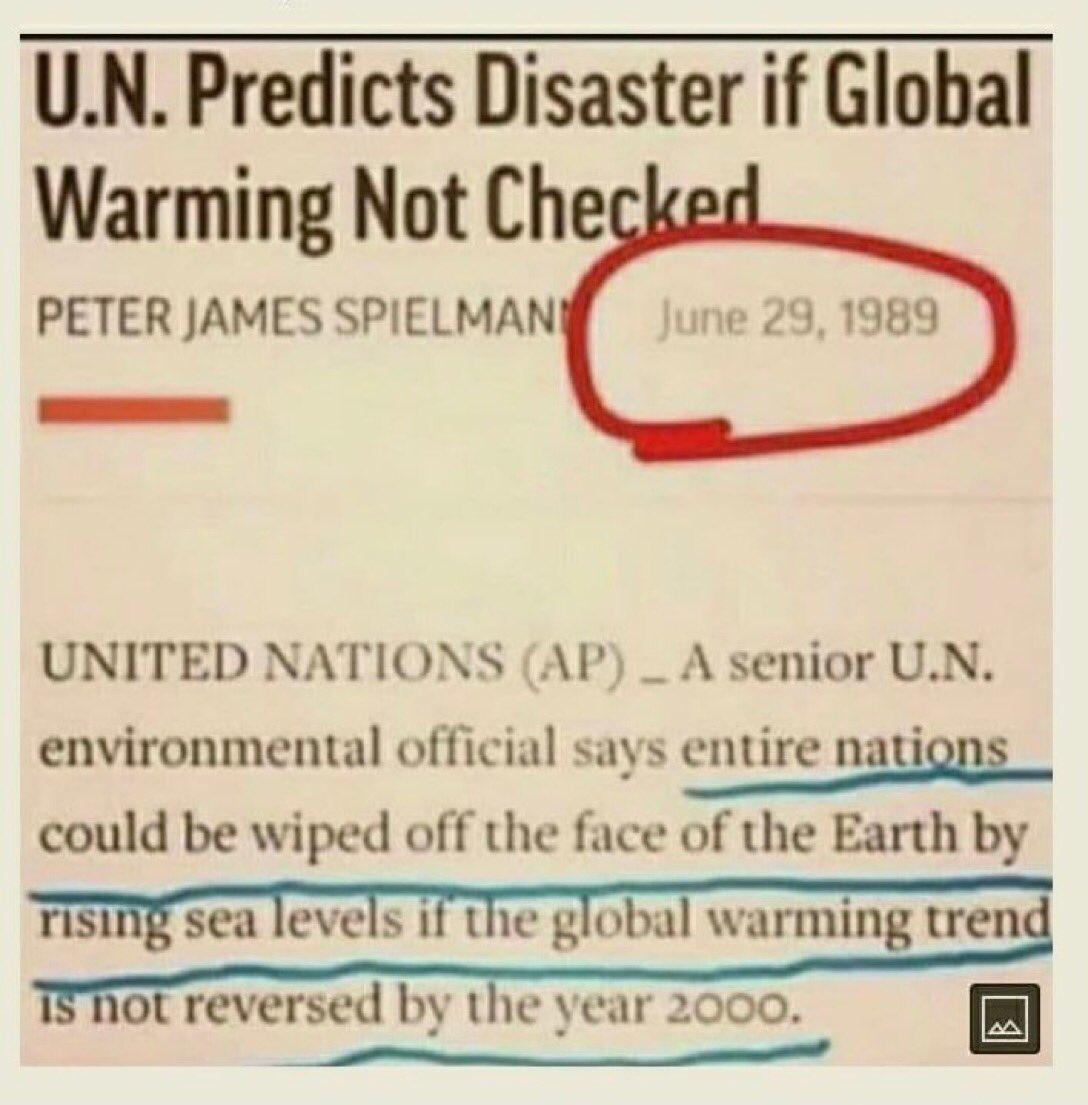